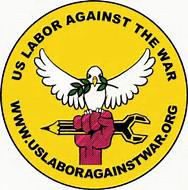 Montpelier VT, April 2008- The Executive Board of the Vermont AFL-CIO, representing thousands of workers in countless sectors across Vermont, have unanimously passed an historic resolution expressing their "unequivocal" support for the first US labor strike against the war in Iraq.[1] The strike, being organized by the Longshore Caucus of the International Longshore & Warehouse Union (ILWU), will seek to shut down all west coast ports for a period of 8 hours on the day of May 1st 2008. The Vermont AFL-CIO is the first state labor federation to publicly back the Longshoremen; other state federations are expected to follow.[2]

The resolution, among other things, calls the war in Iraq "immoral, unwanted, and unnecessary", states that the vast majority of working Vermonters oppose the war, and contends that the war will only be brought to an end by "the direct actions of working people." Many other Vermont labor unions and organizations, including the Vermont Workers' Center, have also made official statements condemning the war.

The resolution also calls on working Vermonters to "discuss the actions of the Longshoremen, to wear anti-war buttons, and to take various actions of their own design and choosing in their workplace on May 1st, 2008."

"Workers in Vermont and all across this nation are against this war. We have already demanded that the government end it, but they have consistently failed to heed our words. Therefore working people are beginning to take concrete steps to make our resistance known. If the war does not immediately end we, the unions and working people of Vermont, will also be compelled to take appropriate action," said David Van Deusen, a District Vice President of the Vermont AFL-CIO.

Traven Leyshon, President of the Washington, Lamoille & Orange County Central Labor Council, AFL-CIO, said, "Vermont labor has long called for an end to this war. The untold billions being spent on the war could instead be used to address our domestic needs. It is working people who pay the cost of the war - in some cases with our lives, but always with our sacrifices.

Whereas the war in Iraq is immoral, unwanted, and unnecessary,

Whereas this unjust war is opposed by the great majority of Americans & Vermonters, the bulk of organized labor, and by thousands of enlisted military personal,

Whereas this unjust war has already resulted in over 4000 American dead (including a disproportionate number of brave Vermonters), and tens of thousands of service men & woman being wounded,

Whereas this unjust war has further resulted in untold number of Iraqi deaths,

Whereas the Federal Government has not made any constructive moves towards the ending of this war and the full removal of US troops, and instead has taken the course of escalation and indefinite occupation,

Whereas the government of Vermont, and especially Governor Jim Douglas, have failed to find ways to bring Vermont National Guard troops home from Iraq,

Whereas this war will only be brought to an end by the direct actions of working people,

Therefore, Let It Be Resolved that the Vermont AFL-CIO continues to stand in firm opposition to this war, and unequivocally supports the decision of the Longshore Caucus of the International Longshore & Warehouse Union (ILWU) to shut down the west coast ports for a period of 8 hours on May 1st, 2008, as a means of resistance.

Let It Be Resolved that the Vermont AFL-CIO stands in full solidarity with the New York Metro Local of the American Postal Workers who have resolved to conduct two minute periods of silence on May 1st, 2008, at 1PM, 5PM & 9PM in protest of the war and in support of the Longshoremen.

Let It Be Resolved that the Vermont AFL-CIO encourages all Vermont workers to stand in solidarity with the historic actions being taken by the Longshoremen & other labor unions to end this war.

Let It Be Further Resolved that the Vermont AFL-CIO calls for all Vermont workers to discuss the actions of the Longshoremen, to wear anti-war buttons, and to take various actions of their own design and choosing in their workplace on May 1st, 2008 as a means of resistance against this unjust war.

[2] The South Carolina AFL-CIO soon after also passed a resolution in support of the Longshoremen’s strike against the war.