Revolution in the Syrian Desert
I went to see the fountain of hope in the desert of death. 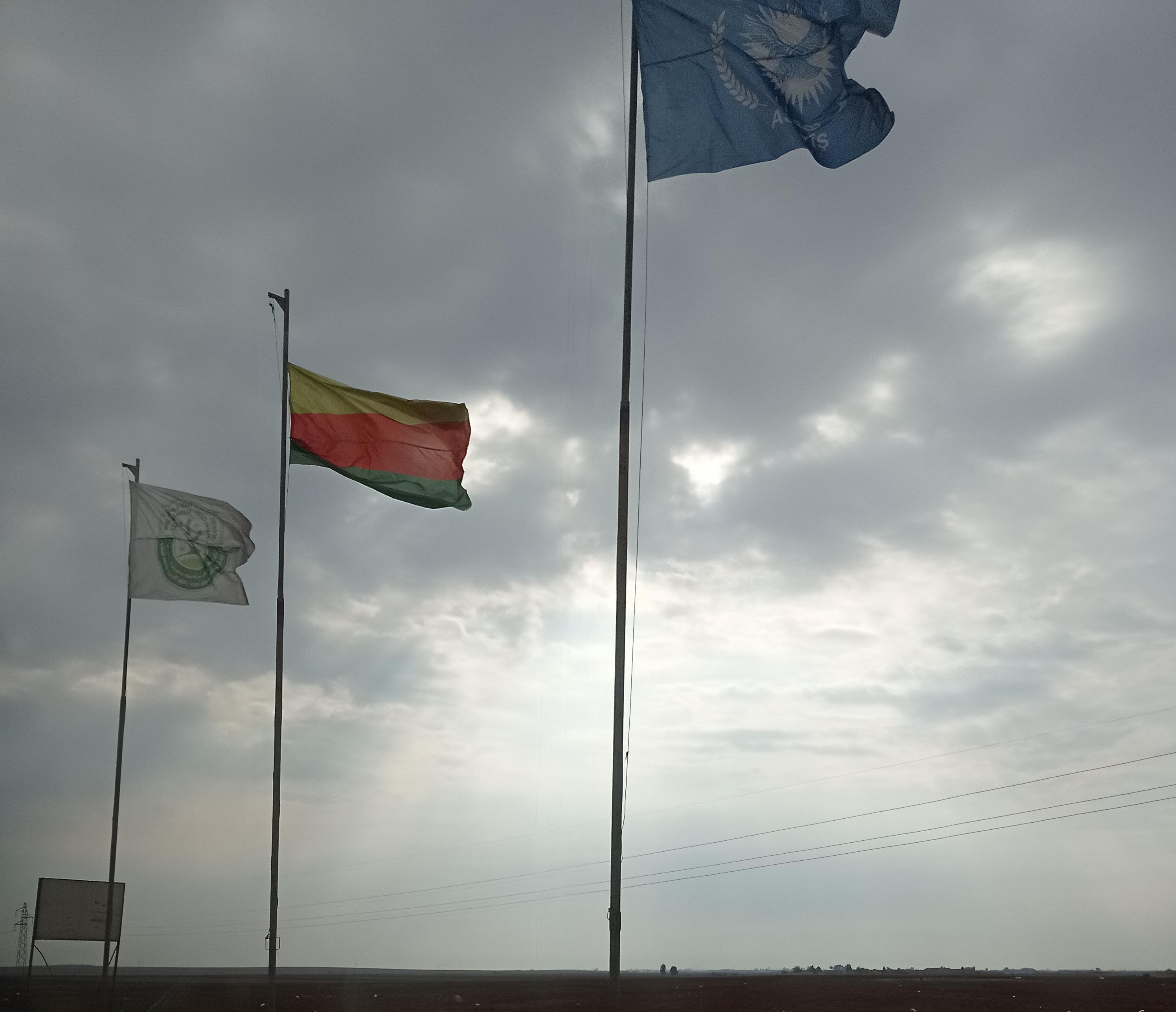 Rojava is still in my eyes. A fountain in the middle of desert. By desert, I mean authoritarian regimes, imperialist and colonialist forces, and Islamist warmongers. But it seems now that while at a societal level, Rojava is flourishing with ways to fight patriarchy, the environment is turning into an actual desert.

I came to Rojava from Europe during the summer of 2021. It was burning hot without even the usual small amounts of rain during the previous winter.

In Europe, there are important mainstream movements like #MeToo fighting for women’s integrity and youth protesting climate change. Both try to break the rule of men and the traditions and the greed that make this planet unbearable for most of its people.

In Rojava, the struggle against patriarchy has been nourished by autonomous women’s and youth structures in a society built on the ruins of the most horrifying and patriarchal rule imaginable, the one established by ISIS.

Patriarchy is something that Abdullah Ocalan, the founder of the Kurdish Workers Party (PKK) who is imprisoned in Turkey, points to as the reason behind the rise of systematic structures of inequality put into practice by the State.

In Rojava and in Europe, however, there are counter-forces against the leaps and initiatives for equality. Packs of young males group together in the ranks of fascists and jihadists, craving for their share of future dominance over others. Wanting their slice of the oppressors’ pie.

The jihadists in Rojava are more defeated and under control than the fascists in Europe, but nevertheless they are still far from having vanished. Isis, Al-Nusra, and other jihadist groups attacking here regularly, especially in the larger Kurdistan area, and hidden terrorist cells are often discovered on a weekly basis.

The biggest problem is Turkey. This is where fascists and Islamists combine to launch fierce attacks in the area of Autonomous Administration of North and East Syria, the official designation for Rojava.

I expected to see drones, poverty, and jihadists when coming here, but not the degraded state of the environment. It was (and still is) somewhat of a shock, considering that ecology is one of the three pillars of this revolution.

One of the key factors that fueled the uprising and the start of the civil war in Syria was climate change. It’s been called the first climate war, as the Syrian regime’s inability to handle drought was one of its main causes.

A NASA report of five years ago indicated that the entire Middle East had its worst drought in 900 years and there hasn’t been adequate rain since, neither in Rojava nor the surrounding areas. On the Turkish side of the border, in the Van region, entire lakes have dried up.-Turkey’s government uses drought as a weapon against Rojava, blocking the rivers that should be irrigating the region. Rojava is an area of the so-called wheat-production area, is facing a sharply reduced cereal harvest. The United Nation’s recent estimates are that the vegetation biomass is deteriorating to an alarming degree. This is a threat to the revolution as it might lead to severe famine.

At the same time, military actions by adverse forces are very rarely reported in the Western media since the constant drone attacks and shelling of rural villages are not enough of a war or a spectacle for them. The international solidarity movement that flourished a few years ago is drying up even though the need for it has not faded. The bloodiest battles with Isis have been fought, for now The defeat of the ISIS caliphate in 2019, allowed the intense building of a new society to begin, but which will not be over in few years.

As the sun blazed down producing temperatures I had never experienced, looking at what I had never seen before—the arid soil, the dried-out plants—grasped me from inside. I had never gone this long without seeing a forest or a sea. Before, it was impossible for me to imagine how it feels when you sweat and the wind is so hot that it dries you instantly. Hot wind, burning sun, dead soil, oil fields burning on the horizon or clouds of smoke rising from bombings. A dystopian sight. To make Rojava green again, to make the revolution permanent, will take the work of decades. If we can manage here; we can manage anywhere.

Rojava is a place where there is an attempt to find those means and ways, learning from and with this revolutionary movement. But, continuing support from movements and individuals elsewhere is vital for its success.

This revolution is not over, not for a long time.