The Cultures of Boxing
Is Bernard Hopkins Claim Racist? 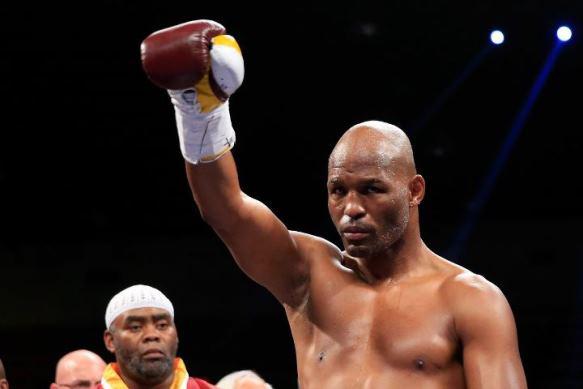 “When real life cannot be obliterated by fact, the sophist’s plausible retreat is denial wrapped in the fog of repetition.”

“The great Sugar Ray Leonard, right now, if he was boxing, the way that they want you to fight, the people that pull the strings of the puppet, he would be boring today. Ray Robinson – the great Robinson – would be boring today…Because the feeders of the people that buy entertainment. They’re being fed that if they duck, don’t buy it. If they’re slick, and they beat [their opponent] nine out of the 12 rounds, and the guy just can’t hit him because they were slick and smart enough to hit and not get hit, ‘He’s not crowd-pleasing, he don’t sell tickets.’ Because they done fed the followers and they done fed [that] to the customers. The customers will drink anything that you give them if it’s promoted right…But when you take away the skill and you take away the slick, and you take away the boxing ability and say that’s not entertaining, or that’s not entertainment, then, to me, it’s like trying to erase a culture that you know has dominated the sport way back then where you were slick. And I’m talking about black fighters. Yes, I said it.”

The above quotes, and more found in the article, have led some boxing fans to charge Bernard Hopkins, who is an African American, with being racist. Hence, the question remains, is racism a legitimate concern here?

It is not racist to recognize that different cultures, different subcultures, produce different styles and different ways of approaching the arts, society, and boxing as well. The Irish, for example, have a certain literary history based on their experience of English oppression and subsequent material poverty that produced a very specific trajectory of poetry and fiction. Now of course that does not mean only the Irish can write poetry and fiction, it is just to say that they have developed those arts in a way which is particular to them, and a great treasure for the entire world. It is not racist to say this. Likewise, it is far from racist to say that it was American Black culture (including its more immediate three-century back-story of Euro-American oppression) that produced the Blues and then Jazz. That said, some white guys, here and there, got good at these forms of music (“Take Five” anyone?), but that does not negate the fact that these art forms (these types of music) are a contribution from American Black culture. And again, the Irish do not exceed at literature because they are Irish, and the Blacks do not exceed at Jazz because they are Black. Rather, granting a similar cultural starting point, you could give any ethnicity or nationality some centuries of the same experience they went through (and go through) as a people and smart money would be you find the same basic result. If the Irish occupied England for 800 years, I have 20 down that the English would have their own James Joyce. Of course this is not to say that only the Irish can write, or only the Blacks can compose music; it’s just to recognize that these cultures developed their own special forms that most would agree is something genius to behold. And boxing is no different.

One culture produces one way of approaching the subject, while another produces something different. Hopkins is right that a case can be made that Blacks have developed an American boxing form which is both slick and effective (hit, move, avoid two punches, move and hit again). On the other hand, Mexican culture has tended to produce fighters which are huge on heart, bravado, and balls, but less interested in the slick aspect. Not that there are not exceptions to the rule (the great George Foreman after all was not exactly slick), but it is more true than not. Making a statement of this sort is no different than recognizing that different cultures have developed different types of music, measures of beauty, etc. There is nothing racist in this assertion. The one difference is that in poetry or music we, together, can only come to general agreements (or disagreements) about what we feel is the more interesting or developed style. In boxing, we pit those styles, and, by extension, cultures of boxing against each other in the ring, and at the end of the night, one hand is raised, one remains lowered, and often there is blood.

So I offer Bernard a “cheers” and (as a Dutch American who had the pleasure of spending a little time in a boxing gym years ago) I give him that the Black, slick, style of hitting and not being hit (from Robinson, to Leonard, to Mayweather, to Roy Jones, to Hopkins) often (all else being equal) rises above those competing styles that it faces in the squared circle. I also give him that for the capitalists, the marketing executives, and big media heads they employ (who are all upper-class, and mostly White) are in fact trying to sell us a reality in which those Blacks who are winning, those most often from the forgotten America, are in fact the enemy of our passive viewing pleasures; even if they know only victory in the ring, they are in fact an enemy we should consider lost; that is what The Market would have us believe. When real life cannot be obliterated by fact, the sophist’s plausible retreat is denial wrapped in the fog of repetition. So Hopkins wins again, Mayweather wins again, but they really lost because they did not stand in the center of the ring and get their heads smashed in so we can see more blood. And HBO would rather play a decade old rebroadcast of a bloodbath than give you the Cuban Master, Guillermo Rigondeaux, in the actual here and now. Not that Gatti vs. Ward was not great in its own way, but really, we did see what happened when Gatti stepped into the ring with Mayweather. But here I digress.

The above, of course, is a little black and white. As I said before, there are exceptions, shades of gray and sometimes good reason for divergence. Wladimir Klitschko is a very defensive boxer; he doesn’t like to get hit, he’s Ukrainian, and was trained into this form by Emanuel Steward who was a Black man from Detroit. Canelo Alvarez is, in all likelihood, ultimately of Irish heritage, but learned to box in Mexico where he was immersed and assimilated into a proud Mexican culture. So no surprise he fights like a Mexican. Joe Calzaghe? Slick as hell, fast, combo puncher, and didn’t get hit much. His trainer was his old man. His old man was a Jazz musician. And you know what, getting back to music, the Stones were pretty fucking badass, and they were importing Black R&B back to America from the American Muddy Waters records they heard in England. Just because the Stones were White does not make R&B a product of European culture, and Calzaghe (who is Welch—don’t know if the English historically consider the Welch White) does not make slick boxing a Welch art form. But at the end of the day, slick boxing is largely a Black contribution to the sport, and the fact is the corporate machines that feed us our likes and dislikes according to what they perceive as in their self-interest, does not like it and, presumably, does not like that the slick boxer often emerges with the win. Back in the day they didn’t like it when Jack Johnson or Muhammad Ali was champion either; but back in the day their reasons were often a little more blunt. Slick boxing a Black achievement? It could be argued. Slick boxing as a more effective form of the art? More than not. Racist? Nah. Just the opposite man.