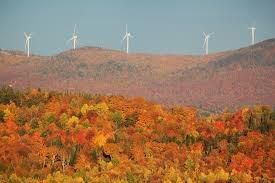 An open letter to the people of Vermont, Gov. Peter Shumlin and other interested parties [1]:

Vermont’s leading voices for working families and the environment are united and speak with one voice when it comes to renewable in-state energy production. We agree that renewable energy production is necessary if we are to become energy independent, environmentally responsible and carbon neutral. We also comprehend the building of these new energy facilities as a source of construction jobs for working people. However, the question becomes, will these jobs go to out-of-state corporations, will they go to irresponsible in-state companies or will they provide livable wages, good benefits and family-sustainable employment for a generation of Vermonters?

It is our common assertion that the environmental and economic issues related to new energy development cannot be separated. Creating green energy without also supporting a strong local economy, or aggressively seeking job creation without addressing basic environmental issues, undermines the future upon which our Green Mountain State is predicated. As Vermonters, as the leaders of organized labor, as environmentalists, we do not and cannot accept a disjunction between these two foundational beliefs. In brief, we need green energy, and we need good green jobs!

As the state of Vermont moves forward with its comprehensive energy plan, we have an opportunity to not only guarantee Vermont’s place of honor as a leader in the global struggle against climate change but also as a leader in local green-job creation. It will be by virtue of this multiplier effect, by virtue of breaking down the false dichotomy between environmental concerns and economic concerns, that we will firmly establish the cultural shift necessary to achieve sustainability, self-reliance and to further the common good in Vermont and beyond. Once again, history calls for Vermont to lead the way. Will we heed this historic call as we so often have in our proud past? That is the question before us today.

Therefore, we, the undersigned leaders of Vermont’s labor and environmental movements, with a combined membership in the tens-of-thousands, call on the [Vermont] Public Service Board to make local job creation, livable wages and good benefits a basic, binding and non-negotiable prerequisite prior to issuing a Certificate of Public Good for renewable energy projects. We further call on our governor, Peter Shumlin, to continue to be a strong voice in support of hiring local, ideally union, for these green energy projects.

We look forward to working in partnership with socially responsible renewable energy developers, the Public Service Board, our governor and the State of Vermont towards a green energy and green economic future. However, let it be known that we will publicly resist any and all new energy projects that do not address the needs of the people of Vermont, articulated as good jobs and a green environment.

[1] Note From David Van Deusen (Co-Founder of the Green Mountain Anarchist Collective): This letter was first published in VT Digger, October, 2011. While working for the Vermont Sierra Club it was pleasure to help forge a better sense of solidarity between environmentalists and labor. As the Sierra Club we worked with the Iron Workers Local 7 to secure union Iron Worker jobs on major wind farm projects that were then in the works. In return the Iron Workers (and labor in general) supported us in our efforts to build support for new conservation projects such as the Nulhegan Abenaki Tribal Forest.