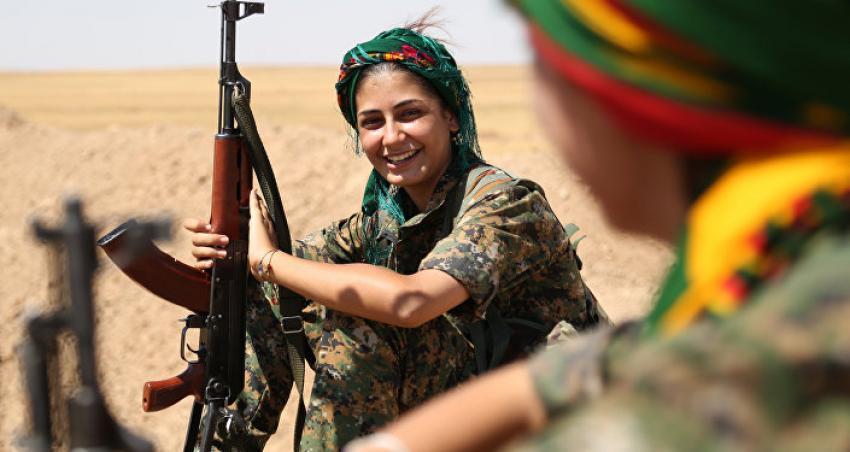 December 22, 2018, Vermont -As an American, as a Vermonter, and as a Labor leader I have marched many times against US lead wars. [1] However, I do not oppose wars and US military action because I assert war as always unjust and always unnecessary. I am not philosophically a Kantian; this is not a moral imperative for me. I am also no liberal. If truth be told it was only through war and armed conflict that Vermont and the United States became republics free from the British Empire. And like the US, Ireland would still be an exploited outpost in the same empire if it were not for the force of arms demonstrated by the IRA. Cuba, today, without their victorious 1959 revolution, likewise would remain an economic colony of America. And further, it was only through the Allied war effort that Nazi Germany and Fascist Italy & their murderous ideologies were crushed for generations. But since my birth, from the Vietnam War, to armed interventions against Latin America, up through the invasion of Iraq, I am hard pressed to find a US military intervention that, by purpose or accident, carried with it an intrinsic moral clarity; rather contemporary US military action time and again has been launched to serve the interests of corporations and a tiny minority of wealthy elite.

For these reasons I was proud to serve as a Vermont AFL-CIO officer when we were aligned with US Labor Against The War, and when our Unions called for the rapid withdrawal of all American troops from Iraq. I was also proud to have helped write the Vermont AFL-CIO resolution stating our solidarity with the Longshoremen when they conducted a one day strike, shutting down West Coast ports as an act of resistance against the Iraq War. And even now I am supportive of calls coming to finally end the generation-long war in Afghanistan. But again, I do not condemn such military actions because I am a pacifist or because I am rejecting the notion of war in and of itself. I do so because I judge the conflicts which the US engages in, much more often than not, as wrong and immoral based on the specific facts and specific interests being served by these imperialistic conflicts.

For some years now the United States has provided arms and limited Special Forces support (now 2000 boots on the ground) to the Kurdish lead YPG/YPJ in Syria. The YPG/YPJ has used these arms to extend their control over most of northern Syria. They have effectively engaged ISIS, driving them out of the north. They have also held the dictatorship at bay (and they have brought a relative stability to this region of Syria). But what deserves our respect is not simply their military prowess, but rather the type of society which they seek to create in liberated areas. They hold socialist tendencies, but what sets them apart is their desire to organize their world according to directly democratic means; something like a secular, decentralized, Town Meeting system where all the people have an actual voice and an unabstracted vote concerning the issues that face them as a people and as a community. Here they take political influence from the Vermont anarchist sociologist Murray Bookchin. Their vision, similar to that espoused by the EZLN & the Zapatistas (Chiapas, Mexico), is as far reaching as that which was dreamed of on CNT/FAI barricades in Spain from 1936-1939. Their fight has parallels to Mahkno and his brigades in the Ukraine in 1919. They do not fight for an ethic Kurdish state, but rather for a new social formation whereby the individual and the community collectively control the world in which they live. Their dreams, perhaps, are not dissimilar to those who manned the walls of the Paris in 1871. And to this very point in time, remarkably, they have been winning.

The historical significance of what they have been achieving in Rojava (northern Syria) has not been lost on those in other nations who also can imagine what a truly democratic and equitable society could look like. Presently hundreds, if not thousands, of regular working people (Americans included) have made the difficult journey to Syria in order stand with them, rifle in hand, to fight for this common dream. And many have died defending this dream from ISIS, from Turkey, and from those who instead seek the domination and brutality of a misguided & twisted Islamic state or the repression which a dictatorship or new form of fascism brings in its wake. And still they fight, and still they organize a direct democracy, composed of Kurds & Arabs, in the lands which they have freed.

And now, our own (so called) President Donald Trump has announced his intent to withdraw the 2000 brave American troops currently deployed in this region (and who by circumstance fight with honor alongside YPG/YPJ). And even tonight, Turkey stands in wait, sharpening their swords…

But given the long history of the US imperialism and economic subjugation, why has the US supported them? Some would argue that the very presence of US guns mark the YPG/YPJ as no more than pawns of a morally questionable US foreign policy. Some would say they are dupes of the CIA. After all, why would the US elite support a revolution which seeks to topple the exploitive American capitalism which underpins the old world order (and which continues to sell out American and foreign workers alike)? How can this be? The answer is simple… The United States has supported this revolution because YPG/YPJ are fiercely opposed to ISIS and are effective fighters. The US therefore has acted on the premise that the enemy of my enemy is my friend (at least for a time).

No one should be under any illusion that the US ruling class has supported the YPG/YPJ because they approve of the cooperative democratic society which they seek to create. The ruling elite of the US (Republican & Democrat) would be perfectly happy supporting an authoritarian dictator as long as such a strongman would support America’s perceived long term economic and strategic interests. But as it turns out, few in northern Syria were or are willing to engage in a protracted fight just to see the deck chairs of authoritarian politics rearranged. But the people have been willing to fight (and die) for something much more far reaching. And this has transformed the YPG/YPJ into something far more significant than a regional militia; it has made them into a multi-ethnic force capable of constantly beating back ISIS and other reactionary elements in Syria. And for America, the short term aim was always to diminish ISIS. Here, as the YPG/YPJ was compelled to face existential enemies on all fronts, they were glad to accept guns and logistical support from wherever they would come. When a man’s house is on fire he does not stop to ask the politics of the one who hands him a bucket of water. If that bucket comes from a Republican, it does not make him a Republican. Thus the US support for the YPG/YPJ was nothing more than a temporary marriage of convenience, and the YPG/YPJ are not defined by the politics (and motivations) of those that offer them material aid.

But now, after the YPG/YPJ has diminished ISIS and pushed them into more remote areas, Trump has grown tired of this marriage and his Administration’s true face has begun to look up to again reveal its twisted contours. Trump would have American troops evacuate in order to turn their attention to other more sinister projects (such as those transpiring on our southern border). And no matter that the second largest army in NATO (the increasingly Islamic-Fascist Turks) have announced their desire to launch invasions of northern Syria with the sole aim of crushing this experiment in direct democracy, the United States of America is preparing to look the other way. The reactionary government of Turkey, under President Recep Tayyip Erdoğan, views the YPG/YPJ as a threat in that they represent an alternative not only for Syria but also for Turkey. Further driving Ankara’s genocidal ambitions, is the government’s view of the YPG/YPJ as having close links to the armed PKK (which operates within Kurdish-Turkey and which shares similar politics with their Syrian cousins). What gives Erdoğan & the Turks pause, for now, is the presence of American troops. Once this deterrent is removed, it is hard to envision a chain of events which does not include a devastating invasion of this island of hope, this city on the hill overlooking the chaos that is the Middle East. And no matter how America got there, once America leaves Trump will own the history that follows. If the Paris Commune must fall again let it be known that the invaders were enabled by a country which once called itself great.

In Solidarity with the YPG/YPJ & The Struggle in Rojava,

What follows is a link to the resolution passed by the Green Mountain Central Labor Council of the Vermont AFL-CIO in support of the YPG/YPJ and the struggle in Rojava. This resolution was passed in February of 2018:

[1] This op-ed was originally published in The Caledonian Record, Vermont Digger, Ibrattleboro, Enough Is Enough, Anarkismo, The Anarchist News, etc. in December, 2018.