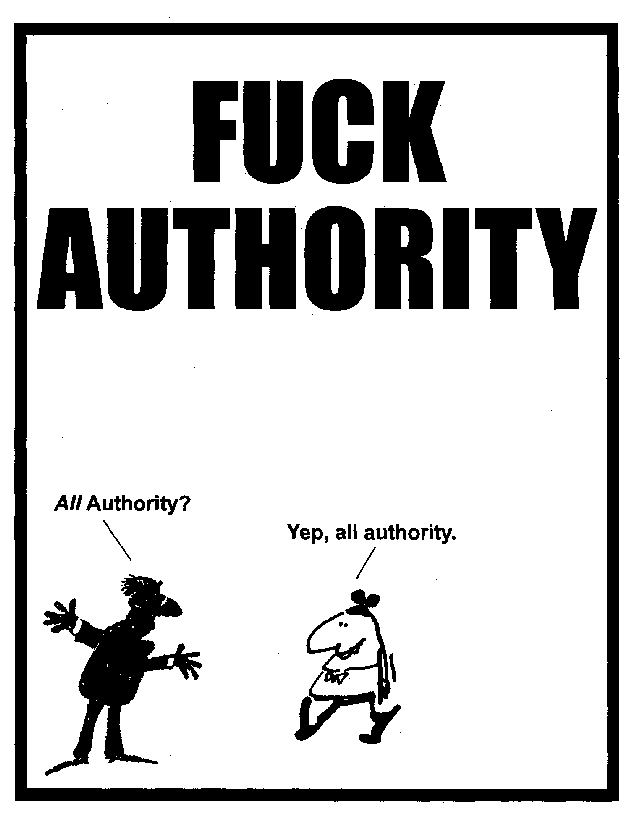 When someone on the Fifth Estate staff over 40 years ago came up with the slogan, Fuck Authority, it was printed as a 29” X 22” poster and tucked inside a 1975 issue of the publication, then a monthly tabloid.

On the reverse side was a catalog of the books offered through the paper’s bookstore which was housed in the same space as its public office.

Recently, the poster was displayed at the Fifth Estate’s 50th anniversary celebration at the Museum of Contemporary Art Detroit in 2015 and is part of a 9338 Campau Gallery exhibit in Hamtramck, Mich. entitled, “Fredy Perlman and the Detroit Print Co-op.” The poster was originally printed there.

It is now one of many reproduced in a new title from NYU Press, Make Art, Not War: Political Protest from the American Century, compiled by Ralph Young. The book draws on the Tamiment Library’s Poster and Broadside Collection at New York University, and represents political art of “the progressive protest movements of 20th century: labor, civil rights, the Vietnam War, LGBT rights, feminism and other minority rights.”