Queer Revenge
The Social War, Queer Negativity, and All the Things You Were Never Supposed to Think About 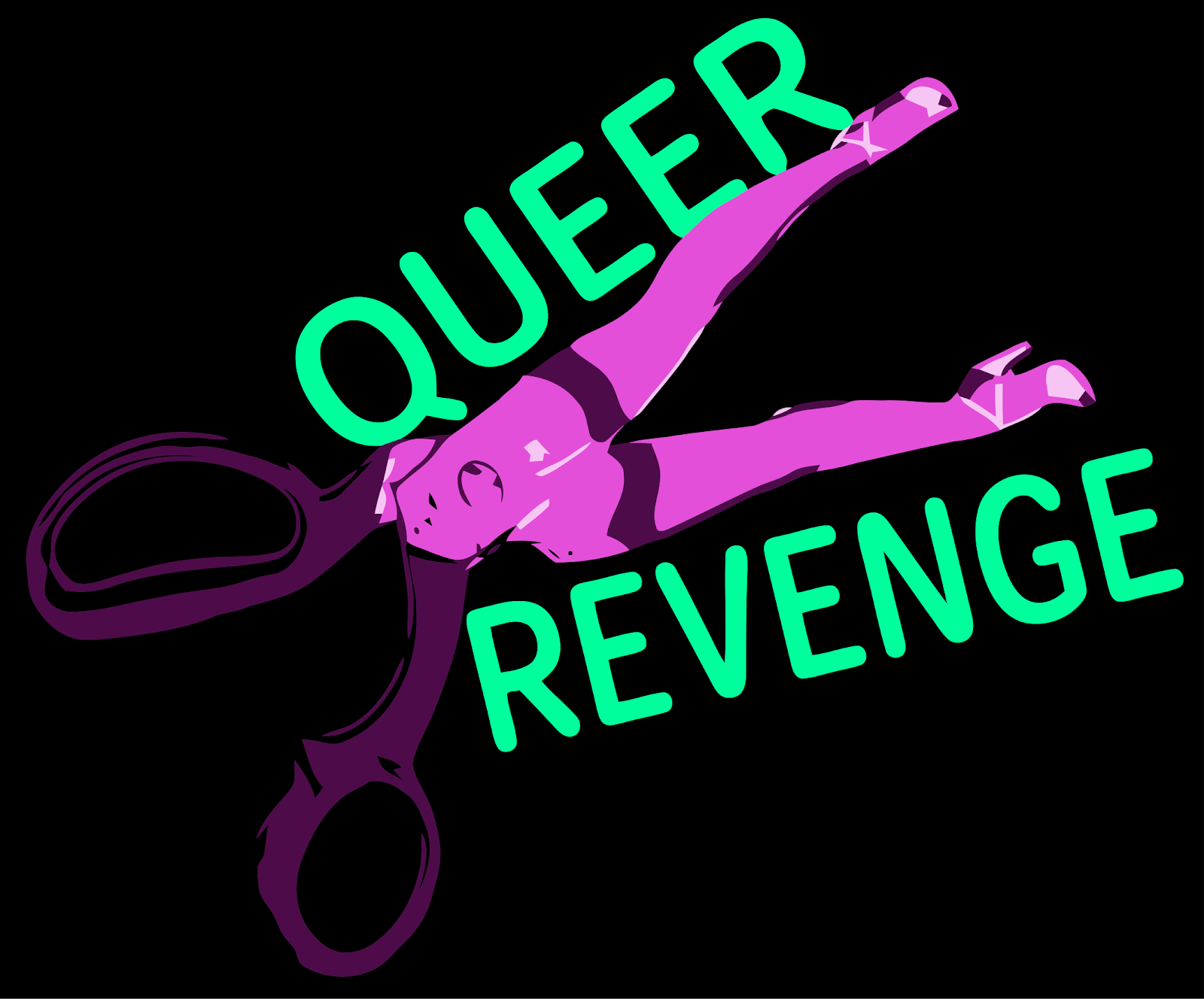 Fuck the #Resistance. We are the Insurgency.

Politics is about a reconciliation that brings the systems of domination into greater levels of legitimacy and relevance.

The truth is that the institutions of our society are shot through with rapists, racists, homophobes, abusers, misogynists, eugenicists, and any other kind of nasty shit you could imagine.

Kavanaugh is not an exception, nor are any of the many people this system was happy to sacrifice. As long as the system marches forward all incremental work toward an equal society can be erased later. New shitheads will be hired (or elected). New policies, laws and rulings passed.

They can just wait for us to forget and try to build a better cage in the meantime. Or until our coalitions are absorbed and sterilized, to be kept as pets to corral their more unruly fellows.

And toward what? Global apocalypse? Toward planetary specicide on a level never seen before in human history? And we just… negotiate?

I want no eco-politic. No queer politic. No anarchist politic. Especially no worker’s politic. I only seek the power to destroy this system and that’s not a power to be found in compromise and reconciliation.

Patriarchy carries with it a generalized anxiety– the institutions of our society cannot guaranteedly manufacture sexual combinations capable of reproduction. They cannot totally control the production of a replacement workforce.

Homophobia, transphobia, misogyny, natalism and eugenics– the oppression and exploitation of woman, gay, feminine, transgender, gender non-conforming, autistic and disabled people and people of color ; these are the other end of the fear. The terror that the system could break at the most basic level.

Natalism is beliefs, customs, and systems that have been constructed to ensure high birth rates of “desirable” children– aka children who will grow up to be loyal workers.

What natalists would often like to avoid is the existence of “undesirable” or “degenerate” elements. That means women who refuse to keep natalist and other dominant social values, but also LGBT people and unassimilated populations (usually people of color).

This makes eugenics simply the most advanced and most scientific front in the natalist regulation of bodies. It isn’t the most powerful tool in the continuation of the natalist regime tho– that award goes to patriarchal violence.

Patriarchy is the “rule of fathers”, itself seated in the family and in the so-called community that is overseen by formal or informal male elders. Purely this is seen in the Catholic and Mormon churches, whose structure literally incorporates a panel of symbolic fathers.

But it’s also in the modern Republican and Parliamentary States, themselves modeled in part on the Roman State– which in its republican form offered shared power to the Patricians (fathers of prominent families) in the Senate.

So when the fascists attack LGBT, feminists, BLM, leftists and other movements they are in a large part doing so to maintain the natalist system and thus cisheteropatriarchal white supremacist capitalism.

It declares war on us, why shouldn’t we return the favor?

“Radical activism” has taken the form of social advertising for so long that we don’t understand what it means to seize power outside of the marketplace of ideas or the spectacle in general.

Our power isn’t big and showy. It’ll happen in little places where a person suddenly overcomes their harness of imposed anxieties and acts to disrupt.

In the blood of the beast we are a cancer. In each machine we are the dud circuits and faulty wires. In every tree we’re a spike catching the blades of a chainsaw. In every city we are vandals tearing down the edifices of the system to reveal bloody teeth with human corpses hanging out of them.

We have declared an absolute war on this society and everything it represents.

If you are a servant of this society: know that we will make it even more undependable. Your gods will be unseated.

If you are a friend of ours: Fuck Politics, Seize Power.

Queerness is not a contribution to this society but the negation of one of its colonial dimensions– the cisheteronorm. This dimension is the capture and capitalization of human bodies to create pairs that will reliably generate individuals who can be subsumed to the needs of productive forces.

These ideal bodies are binarized, heterosexual, white, able, and educated– that is, they are domesticated. They become the kind of people who aspire to make new workers who will perform more strenuous acts of self-sacrifice in devotion to capital and the extractive-productive complex.

This system does not exist for our sake, we are grown and trained like cattle for its slaughter; for the slow bleeding of hours that happens between punches in the timeclock. That some of us seem to pull levers and strings hides the gears of ideology that guide them in turn. It’s the phantom of this system that possesses all of their bodies and seeks to possess ours.

So then on one dimension of this, our queerness says “Our bodies are not to be defined for the benefit of this system. We can engage in all kinds of sexual combinations, self-define our roles, and break out of these ruts of pre-determination. Our bodies do not simply produce for the State or capital. We are not the belongings of great fathers or factories to be manned. My life is my own.”

It is the burning of the false family. The family as corporation, wed to the State by charter– attempting to form the uberprole of tomorrow, the newest product in the line.

It is injury to the patriarch, who in blue jeans beat us in hopes of instilling the violence of patriarchy that we were so slow to learn and in church robes tortured our bodies to drive out the demons– that is to force us to abandon our own bodies to their control.

I confess then, father. We are the demons. We have come to destroy this all.

And you cannot stop us.

When I say that every queer person needs a squad to operate with I mean a set of friends, lovers, and accomplices.

I mean no separation between the acts of living and the social war. No politics; only power.

I mean that our existence will be snuffed as soon as we aren’t a threat, so our very way of life should be absolute struggle with the systems of domination with the full intention of their destruction.