“BE REALISTIC, DEMAND THE IMPOSSIBLE.”

This End of the Stick

THE COPS SAID THIS...

And the cops did this:

“BE REALISTIC, DEMAND THE IMPOSSIBLE.”

Slogan on a Paris wall during the Student Rebellion

REVOLUTION TOWARDS A FREE SOCIETY: YIPPIE!

This is a personal statement. There are no spokesmen for the Yippies. We suggest to all reporters that they ask each and every Yippie in Lincoln Park why they have come to Chicago. We are all our own leaders. We realize this list of demands is inconclusive, they are not really demands. For people to make demands of the Democratic Party is an exercise in wasted wish-fulfillment. If we have a demand, it is simply and emphatically that they, along with their fellow inmates in the Republican Party, cease to exist. We demand a society built along the alternative community in Lincoln Park, a society based on humanitarian cooperation and equality, a society which allows and promotes the creativity present in all people and especially our youth.

1. An immediate end to the War in Vietnam and a restructuring of our foreign policy which totally eliminates aspects of military, economic, and cultural imperialism. The withdrawal of all foreign based troops and the abolition of the military draft.

2. Immediate freedom for Huey Newton of the Black Panthers and all other black people. Adoption of the community control concept in our ghetto areas. An end to the cultural and economic domination of minority groups.

3. The legalization of marijuana and all other psychedelic drugs. The freeing of all prisoners currently in prison on narcotics charges.

4. A prison system based on the concept of rehabilitation rather than punishment.

5. A judicial system which works toward the abolition of all Laws related to crimes without victims. That is, retention only of laws relating to crimes in which there is an unwilling injured party, i.e. murder, rape, assault.

6. The total disarmament of all the people beginning with the police. This includes not only guns, but such brutal devices as tear gas, MACE, electric prods, blackjacks, billy clubs, and the like.

8. A society which works toward and actively promotes the concept of “full-unemployment,” A society in which people are free from the drudgery of work. Adoption of the concept “Let the Machines do it.”

9. A conservation program geared towards preserving our natural resources and committed to the elimination of pollution from our air and water.

10. A program of ecological development that will provide incentives for the decentralization of our crowded cities and encourage rural living.

11. A program which provides not only free birth control information and devices but also abortions when desired.

13. The open and free use of the media. A program which actively supports and promotes cable television as a method of increasing the selection of channels available to the viewer.

14. An end to all censorship. We are sick of a society which has no hesitation about showing people committing violence and refuses to show a couple fucking.

15. We believe that people should fuck all the time, anytime, whomever they wish. This is not a program demand but a simple recognition of the reality around us.

16. A political system which is more streamlined and responsive to the needs of all the people regardless of age, sex or race. Perhaps a national referendum system conducted via television or a telephone voting system. Perhaps a decentralization of power and authority with many varied tribal groups. Groups in which people exist in a state of basic trust and are free to choose their tribe.

17. A program that encourages and promotes the arts. However, we feel that if the Free Society we envision were to be fought for and achieved, all of us would actualize the creativity within us. In a very real sense we would have a society in which every man would be an artist.

It is for these reasons that we have come to Chicago. It is for these reasons that many of us may fight and die here. We recognize this as the vision of the founders of this nation. We recognize that we are America. We recognize that we are Free Men. The present day politicians and their armies of automatons have selfishly robbed us of our birthright. The evilness they stand for will go unchallenged no longer. Political Pigs, your days are numbered. We are the Second American Revolution. We shall win. Yippie!

“Lincoln Park...God’s enchanting acres named in grateful remembrance of the Great Emancipator, once the hallowed grounds of many of the city’s departed pioneers...now the wonder spot of the Midwest, the playground of millions.”

August 25 (AM) Welcoming of the Democratic delegates--downtown hotels (to be announced).

August 27 (AM) Workshops and Scenario sessions.

Rally and Nomination of Pigasus and LBJ birthday party--Lincoln Park.

August 28 (AM) Yippie Olympics, Miss Yippie Contest, catch the candidate, pin the tale on the donkey, pin the rubber on the Pope, and other normal, healthy games.

August 28 (PM) Plans to be announced at a later date.

August 29–30 Events scheduled depend on Wed. nite. Return to park for sleeping.

Subway: Jackson Pk. or Englewood trains to Clark and Division (1200 n); walk north on Clark to the park.

Clark Street (22) to Clark and North.

Armitage-Ogden to Armitage and Wells

This End of the Stick

Yeah, we did all right this week. We did it in the streets. The delegates can cry and march now, they can even put up bail to get us out of the pig pen, but we understand that they are crying because they lost. King Richard the pig Daley and Hump the Hun won, and we won. There is one organization on one end of the pig’s stick and another one on the other end of the stick. King Richard and the Hun have a base in money, big business, the vote getting machine, and the local urban military. They have the democratic party machinery.

We have a base in the millions of young people who have no place and want no place in plastic poverty pig America. Young people who understand that high school is a kind of prison to keep them from tearing the monster’s insides apart. Young guys and chicks who don’t plan on punching into the mills and factories and shitwork offices the country has to offer.

First of all we know that nobody can tell us what we are going to make of ourselves. We learned that in Chicago. No old timers or old timers’ lackeys could direct marches, set up marches or tell marchers what to do. That was an old form where we marched along at the mercy of the police trying to make the pigs in power change their lives. This time our people moved all over the city directed by a common energy. We found our own organizational forms, our own lines of march. And because we moved close to the streets the young people of Chicago--black, brown and white--joined us. We found our own turf was with our own people. In Chicago we were finding who our own people were and where our own turf was. Face it: Our people don’t dig capitalism, don’t dig capitalists. Call us communists if you want to. Call us revolutionary communists--you better. But you better call us the people, because that’s who we are.

THE COPS SAID THIS...

PLEASE COOPERATE WITH THE POLICE DEPARTMENT

In the interests of free speech and assembly, this portion of Grant Park has been set aside for a rally. You are permitted to conduct this assembly and rally and will be protected.

In order to aid traffic control efforts and assist in maintaining the security of the Democratic National Convention, no rally or assembly will be permitted at or near the International Amphitheatre.

No authorization for a parade, march or procession has been issued. Any attempts to conduct or participate in a parade or march will subject each and every’participant to arrest.

We earnestly request your cooperation so that the rights of dissent and protest will be properly safeguarded as well as the rights of all others including those delegates at the Democratic National Convention.

And the cops did this:

There was another of photographer Sequeira’s experiences at night: A policeman identified by his name-plate as Lt. Carl Dobrich (right) told Sequeira to “Get off the streets.” Sequeira said, “Press.” And showed him his credentials. Without another word, Dobrich shot MACE at Sequeira. It is being shot over the head of a woman, who ducks. Sequeira also ducks. Lt. M. Schniederecht is at left.

to show our opposition to the Vietnam War

Assemble in front of the major delegations at the

WE WILL NOT BE DENIED OUR RIGHT TO DISSENT!

IF JAIL, NO BAIL!

DON’T STAND OR PLEAD IN COURT

NEITHER EAT NOR WORK IN JAIL

(2) The Kindom Of God Is Within You (Tolstoy)

Demonstrate Your Opposition to the Vietnam War

The majority of the American people want the United States to stop the bombing and get out of Vietnam. The politicians are in Chicago threatening to continue the war and to suppress opposition. This is the only demonstration for which the city has issued a permit despite repeated requests by many groups.

The political bosses at the Democratic Convention, and the political boss of Chicago, Richard J. Daley, are obviously afraid to hear what the people want. They have turned Chicago into an armed camp and have tried to scuttle free speech so that they wouldn’t have to listen to the innumerable Americans WHO WANT THE UNITED STATES TO GET OUT OF VIETNAM.

The people of this country have been grossly deceived and misrepresented by the Johnson-Humphrey-Daley team. These are the men who promised peace in 1964, then escalated the war to the point where 200,000 American boys (and countless Vietnamese) have been killed or wounded. These are the men who evidently believe that the American people have no rights, that only government bureaucrats can decide whether we live or die.

This totalitarian mentality, which goes hand in hand with the illegal war in Vietnam, must not go unchallenged. If we would reassert our right to be free citizens, we must show our determination to stop the slaughter in Vietnam.

We urge all Chicagoans to join with the thousands coming from across the country in a massive anti-war demonstration at Grant Park, Wednesday from 1 p.m. to 4 p.m.

Let the People Be Heard 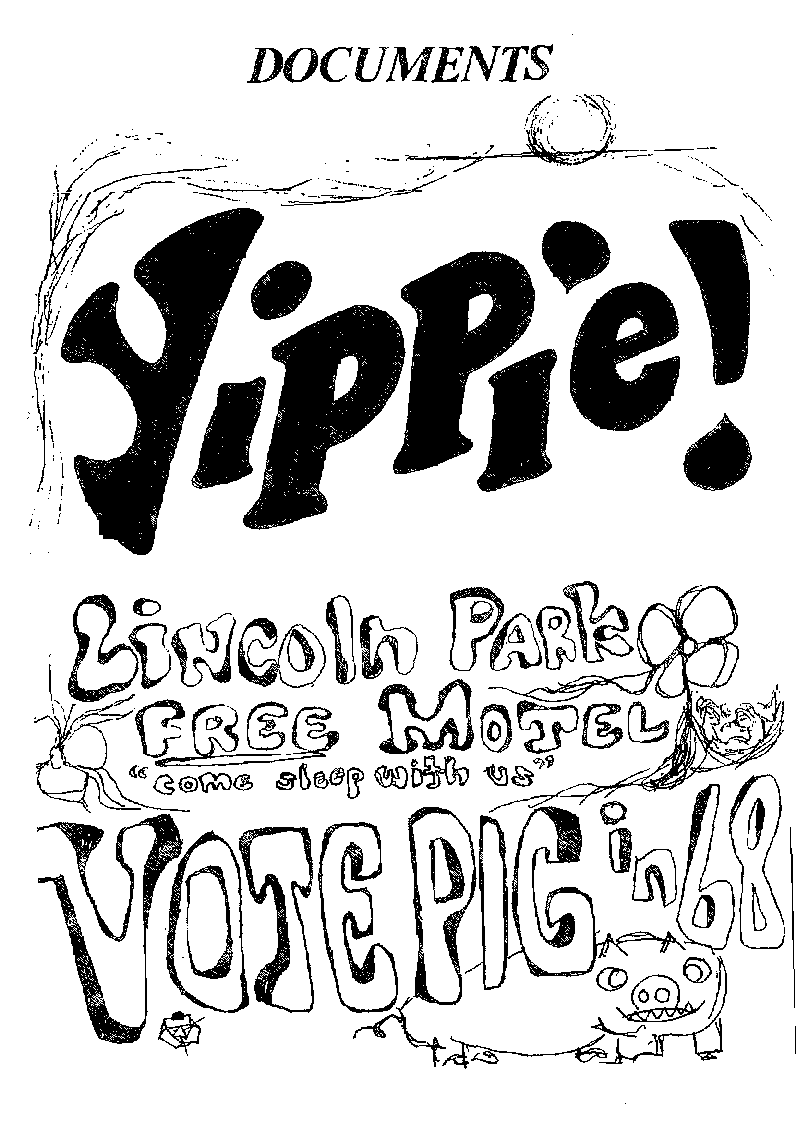 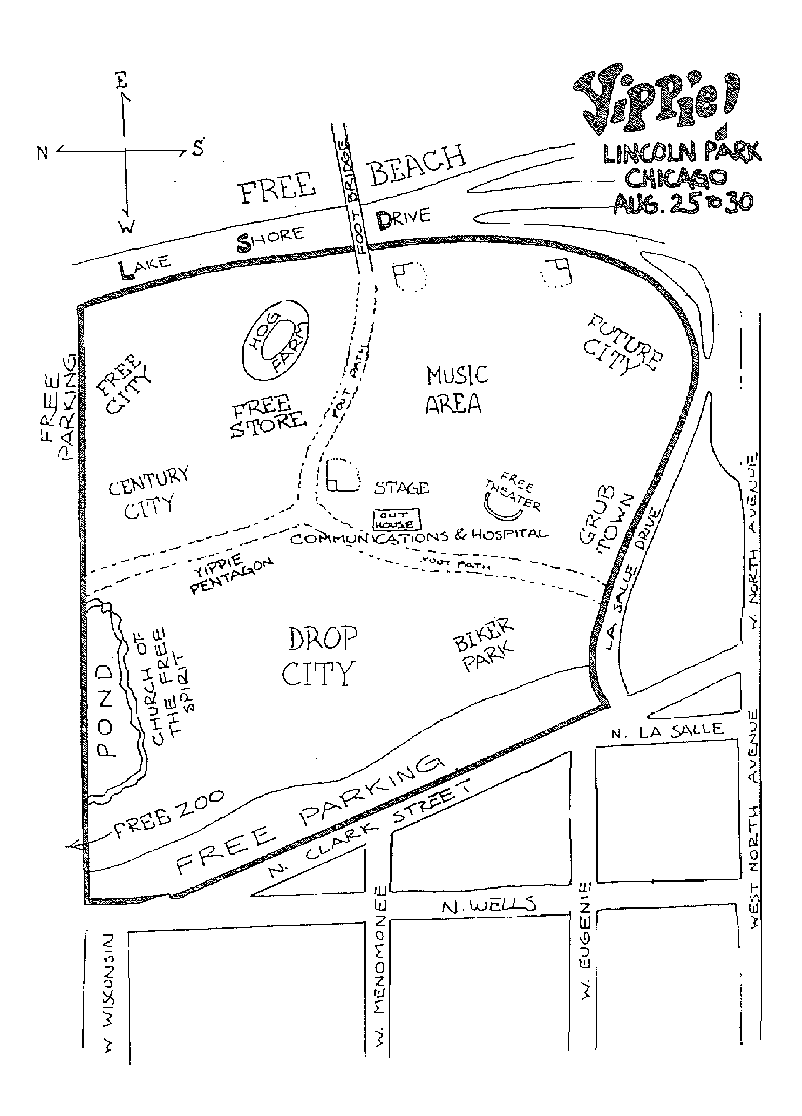 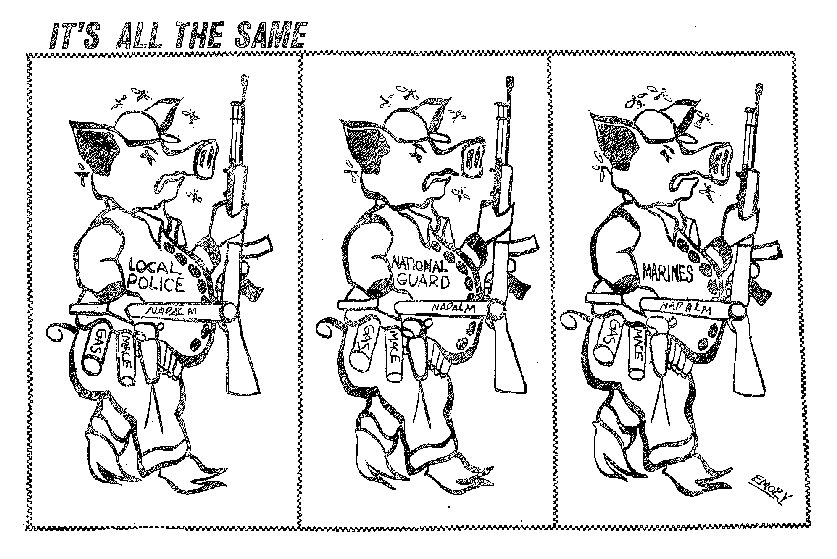