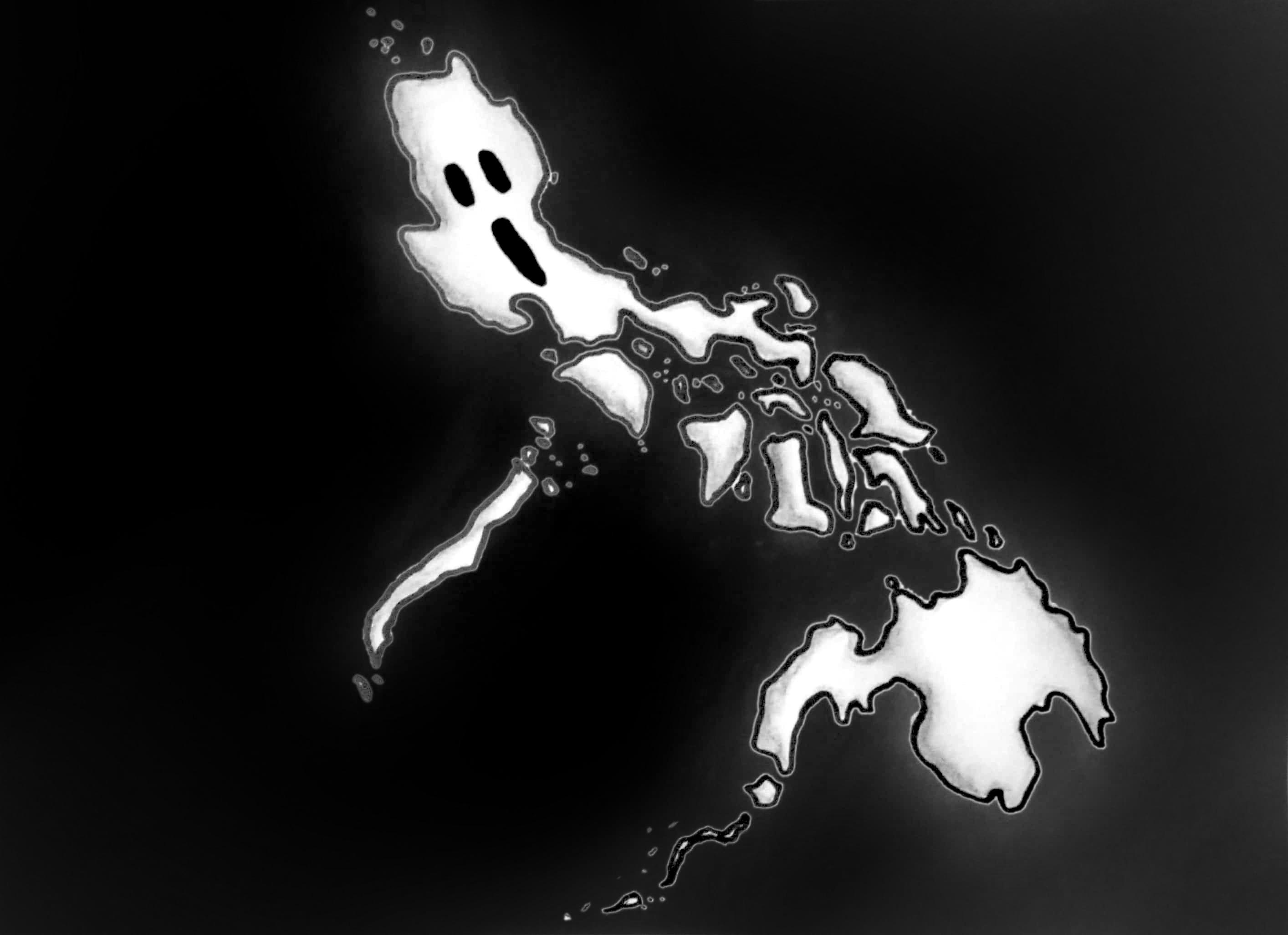 The Archipelago is haunted!

The Conscious and Unconscious Egoist

I wrote this to shed light on Max Stirner’s egoism for individuals who live in the so-called “Philippines,” but it can also be for any individual that is interested regardless where they may live. For whomever is reading this: I want to inform you that this contains my interpretation of Stirner’s egoism and my views at the time of writing; however, I hope my interpretation and views can be of use to you.

The Archipelago is haunted!

Currently, many are being haunted by concepts like religion, state, authority, morality, nationalism, God, law, rights, duty, patriarchy and various other concepts that are treated as higher than their selves—concepts that they think they really have an obligation to follow—sacred concepts.

The people that are possessed by these ghosts, which are also called “spooks,” are doing things to serve the cause of the spook; an example would be a person that believes they and other people have an obligation to follow the law. Because of this, they are slaves of the law, because the cause of the law is to convince you that it is your obligation to obey their command. Because of this, the police are regarded as the servants of the law that you need to obey. If you don’t obey, they say the police have a right to arrest you or even kill you in the name of the law. It could be that a police officer thinks that they are only doing their job because they say it is their duty to fulfill the law. Oh my! This individual is being possessed! If this police officer shot a gun, why blame a concept called “duty” which they say is the reason why they fired the gun when they were the one holding the gun? Was the concept of “duty” the one that pulled the trigger or the police officer? The person fired the gun, not the concept of “duty.” Duty is merely a spook and nothing else! Why would you blame things that aren’t real such as ghosts? These spooks possess people to do the spook’s cause, but these spooks are only in their mind and are not actually real—because even though it looks like they are doing things to serve the cause of the spook, in reality they are doing these for their selves and they are not actually being possessed because there are no ghosts to possess them. But even though these ghosts are only imaginary, because of the people’s belief that there is really a ghost, it is like they’re actually there. Because of the people’s belief, these spooks are affecting their lives and can also affect others. The apparition that cannot be touched now has the ability to affect those that can be touched!

Spooks are excellent tricksters. The concept of a promise is one example of a skilled deceitful spook—because at first—it looks like they’re not a spook, but don’t be fooled! That is also a spook! Promises give you an obligation to obey your past self, it wants to bind you to the wishes of your past self—it wants you to treat your past desires as higher than yourself, it wants to make your past self’s desire sacred. Promises enslave you to obey the desires of your past self. But if in the past you let yourself be a fool to want to do that, why fool yourself again if you know now that you don’t want to do it anymore? That is the spook known as promise, just another sacred concept. An obligation is sacred—something inviolable they say—something an individual treats as higher than their self. Since no power is above you, since nothing is sacred, there are no obligations. Obligations are not real; remove those imaginary shackles! Don’t let yourself be fooled by a feeling of indebtedness. You owe nothing to anyone! Including yourself.

The spook is one really skilled trickster, it will convince you that you do things not for yourself, but for its cause. Oh! Really? Is that really the reason why you do the things you do? Do you really not do things for your own sake? Even if you say that you were only ordered to, aren’t you the only one that can decide if you will follow or not follow what was ordered of you? Didn’t you do it because there was something you wanted or not wanted to happen? Orders are sacred; it is a spook. In the end you were the one who decided what you will do because you were concerned with what was more beneficial to you, because you are selfish.

The Conscious and Unconscious Egoist

Even if your property is legal or illegal, if that is taken from you, why would you say that it is yours if you don’t have the thing that you say is “yours”? If you don’t have control over the thing is it really yours? Why will you insist on saying that thing is yours if you don’t have any control over that thing? That thing can only be yours if you can take and defend it. So what if you are the “legal” owner if you don’t have control over what you say is your “legal” property; if you are the owner of something—it is yours not because you are the “legal” owner, rather, it is yours because you are currently the one that has power over that thing until it is taken from you by others. If there is an individual that took your property—they are not a thief, but rather they are the new current owner of your former property. Theft is the act of taking the property of others so how did it become theft if what that person took from you is no longer your property, but rather it is now their property because they currently have power over the thing that they took from you? Legality is a fiction. Your experiences are your own, even if they beat you up, your experience while they strike you with their fists—in that moment in time—is your own suffering and they can never have that because they are not you and they can never be you. Legality or money won’t be the one that will decide what is yours and what is not yours, but rather, what will decide is your ability to keep something using your own power. Whether you use your power to deceive, to persuade, to hurt, to love, or whatever it is to get what you want, it is up to you.

There is no word that can determine you, like you there is no word that can determine the Unique. Let us think of an individual who has the name of “Alex.” Alex is a human, but Alex being a human is only a portion of what they are. The human body of Alex is only a part of Alex, but it is not Alex because Alex is more than their body; Alex being smart is one of their attributes, but Alex does not need to be smart to be Alex; the name “Alex” is also not Alex because it is only a name, and we are only using this to refer to them because there is no word that can determine Alex, because Alex is Unique. Like the name Alex, Unique is just a name to refer to what can’t be determined using words, because the Unique, like you, is ever-changing and cannot be determined. You are ever-changing; the current you is no longer the past you, because the past you is not you—because you are the current you, until the current you is no longer the current you. Nothing can be you but you only. You are—Unique.

You’re nothing—not nothing in the sense of emptiness, but rather you are nothing because no word or concept can determine you. Concepts or words are not you, because you are you and not a word or concept; the word “human” is only used to describe you, but you are not the word “human.” You are the creative nothing; from your nothing you create everything. You’re the one who creates yourself conceptually. You are always making yourself from your nothing; you are the creator and destroyer of the concepts that you use to describe yourself. Destruction and creation! The joy of chaos! You consume your old self to create your new self in every moment, constantly consuming and creating yourself in the process. You use yourself to create yourself; you are creator and creature. Because of this, you are creative. You are also nothing, you are the creative nothing.

Imagine one day individuals gain awareness of their selfishness, what would happen if individuals understand that the concept of authority is not real and they became conscious of their power? Became conscious that they can use their power to do what they want, to free the self from the concepts that fool us—concepts that want to deny us from ourselves? No rulers, anarchy—since there were no rulers in the first place. If there is a ruler, there are ruled; but how can you rule if authority was never real to begin with? The egoist does not have a ruler because it is not possible to rule the selfish. You may influence them, but you will never rule them; the selfish will always do things for their own sake, for their own interests, for their self above all.

Let all governments fall! The capitalists depend on the authority of the state to protect their legal property in order for them to use people for their own desire, while the state depends on the people under their dominion to respect their authority. But what will happen then when the authority they depend on so individuals will obey them is no longer respected by the individuals? What will happen then when their concept of authority is exposed for what it is? A lie.

The fall of the state and capitalism, the fall of the hierarchy, the recognition of individuals in their power as selfish people, insurrection—is what will happen when individuals realize what authority really is. Where there is a right, there is an obligation to comply. Rights are sacred; sacred things are a lie. Therefore, rights are a lie; and so the right to be obeyed, which is called authority, is a lie too.

Hello to those who seek freedom. Unleash chaos to destroy the sacred order! There are no rights, only interests. If you want to be free, you don’t have the right to be free, and other individuals have no right to oppress you either. If you have something you want or not want, it is up to you on how you will make a way for that. Be brave. Freedom is not a right, freedom is for those who can take it!

Hello egoist! Everything you do is personal, as life is personal. Your life is about you, and it is yours.

Let all that is sacred fall! You’re no slave! You’re an egoist! The world is yours!

You are the perfect you! Because no one else can be you other than you, and because of that, you are perfect! You may not be perfect in other things, but you are the only one that can perfectly be you and no one else. Even if you change, the current you is still you. You are you and nothing else. You can only be yourself, because for every moment, that’s all you can be—and you don’t need to be anything more. You are everything to yourself and you do everything for your sake. Do whatever.