Towards the Abolition of The Family!
Why We Demand It and Why It Matters

You may have come across the radical slogan “Abolish the Family” before and found yourself dismayed. Perhaps familial connections and support has been a vitally important source of emotional fulfillment for you throughout your life and you cannot imagine where you would be without them. Are radicals seriously suggesting that you forsake your family? That you spit in the face of all that they’ve done for you and call for the dissolution of every tie of kinship?

In short, no. However, you may find a glimpse of why radicals make this demand in your own defensive reaction. Is the very fact that you cannot imagine where you would be in life without the support of your family an indication of systemic pressure? What of the people less fortunate to have that kind of support from their families? What about the people whose most traumatic and extensive experiences have been at the hands of their family members? We are all tied to the Family in similar ways by the controlling apparatus of the State and cisheteropatriarchy, all pushed into mandatory relationships defined by blood relation, and those of us who find ourselves born into families of violence and abuse have little means of escape for (at least) the first eighteen years of our lives. Those of us with disabilities, who come from poor or working-class families, or other forms of extreme vulnerability may not be able to escape the Family for the entirety of our lives. For some of us, such an inescapable connection can even be a death sentence.

These are the more dire expressions of what the institution of the Family can be, but it is a compulsory institution that ultimately affects each and every one of us, and often in ways we cannot understand unless we see the Family fully for the State enforced institution it is. Further, we cannot even have the fully consenting, joyful kinship relationships we hope to have until we tear down the institution that forcibly interjects power imbalances and coercion into those relationships. What follows here is a short introduction to what radicals mean when we call for the abolition of the Family, and why it matters in the overall struggle for liberation.

To embark on this introduction properly we must, first, establish a basic understanding of how structural power works in our society. 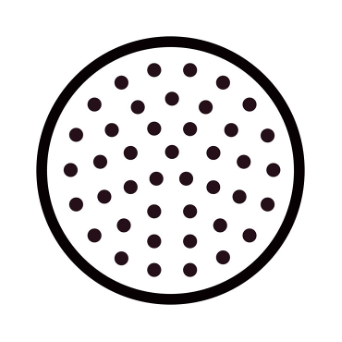 The image above is what many people believe structural power looks like: the State is the circle of power that encloses everyone without State power. Power lies in the hands of elites alone. However, this conceptualization of power is often what makes conspiratorial thinking proliferate. The idea that power only exists in the hands of those who hold office or a throne, and that every single thing about our lives is dictated by a handful of elites who pull all of the strings. While there are certainly kernels of truth in this (after all, there are clearly people who have a massive amount of power to dictate many of the conditions of our lives!) it is not the whole picture, and viewing it as such allows us to negate our own part of the power structure.

In reality, structural power looks a lot more like the images below. There is a broader structure that encloses the rest but that structure can only exist as such so long as similar, smaller units of that structure proliferate throughout all social relations. 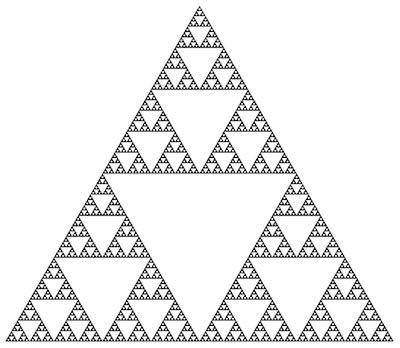 The larger structure of hierarchy (represented as The State) must create other social relationships within it that mimic its values and enforce the hierarchy. It is only possible to get so many people to agree to a boot on their neck if they depend on it for their own power. 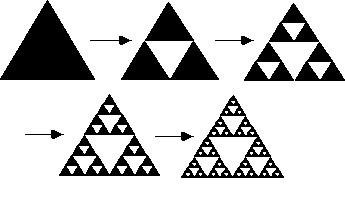 With that in mind, it’s time to turn to one of the smallest and most foundational blocks of hierarchy and control that help hold up the whole: The Family.

The Family is an institution of power, and as such it grants structural power to parents and patriarchs to dominate and control other members of the Family. It is an institution difficult and often impossible to escape for the people disempowered and abused by it. The Family is not an optional relationship, but a compulsory one. When one is abused as a child, with the exception of pursuing State punishment and incarceration of one’s abusers (and even achieving that is very difficult) one has very few options but to endure it.

The Family’s isolated structure is fertile ground for abuse to occur, and to continue without any robust communal forms of accountability because people constructed as outsiders see it as a “family affair” that they have no right to intervene in, even when there is abuse. A child is seen as being the private property of the Family, but they’re not the only ones! This is one of the many points at which youth liberation and disability justice intersect: Britney Spears’ battle against the conservatorship held by her father is an example of this. Trans and queer liberation are, likewise, deeply entangled with youth liberation. The fact that trans youth are, at time of writing, being specifically targeted by anti-trans legislation is another reflection of how invested the State is in maintaining the institution of the Family as a mechanism of control. Parents are encouraged (via societal transphobia and the threat of State violence) to be the suppressive force on the youth in their care, and parents who resist being this force are threatened with the revoking of their empowered status over those youth. Elder rights, feminist, and working-class struggles all intersect at this point as well, and this reveals what a foundational point of hierarchy the Family is. Many marginalized people are limited in their autonomy and cannot make decisions about their own lives or bodies without family consent.

The Family is an interpersonal social relation extensively codified by law: marriage laws, child custody laws, conservatorship practices, who is able to make medical decisions for someone in crisis, who has control of their body, belongings, and funeral after they die, etc. The extent to which it has been codified shows that the State has much at stake in the construction of the Family, and it also reveals how vitally important it is to discover why that is and understand it as a point of intervention and disruption against State power.

The State needs the Family because the Family is set up to teach us all that we need to know to be good State subjects. The supremacy granted to parents ensures that they have something at stake in teaching children to accept and defer to authority at a young age. Parents, regardless of their personal politics, are granted almost total power over the lives of the children in their care. You will find, in discussions such as these, that even many radical parents default to describing their power over children as something natural, inevitable, and necessary.

This is how hierarchical power functions: if you grant people the ability to have authority, power, and control over others they will have a stake in naturalizing that power. When they do that, they have a dependency on the hierarchical order in general to maintain their own. This is very often unconscious! I am not insinuating that there is a secret group of malicious parents meeting at the dead of night to plan how they will maintain their domination (they actually most often do so during the day at PTA meetings). It is only that, once one is granted power, one often automatically works to justify it in some way. The power of the Family is the product of (and thus also helps reproduce) a larger social system of control.

Because the family is seen as so sanctified, so natural, so beyond reproach, so the pinnacle of love and care (even as it is actually the site of a vast majority of abuse and violence in our society), it becomes very difficult for many people to even imagine critiquing it. Which, of course, is exactly what makes the family so important to critique: so vital to make clear, to challenge, to abolish!

What, then, do we intend to do when we say we want to abolish the Family?

Abolishing the Family is not about destroying kinship relationships outright, but, rather, is about abolishing the institution of the Family, the property relations that sustain it, and about expanding the social relationships of care. When we call for the abolition of the Family, we call for youth liberation (the destruction of adult supremacy and the construction of children as private property). We call for communities of care and accountability. We call for the destruction of the atomization of relationships. Above I spoke to the fact that “outsiders” have difficulty intervening in situations of familial abuse because they are taught the sanctity of “family business” makes it really not their concern. Family abolition calls for the destruction of the possibility of “outsiders.” We call for the breaking down of familial borders that make it difficult to impossible for children, elders, partners, disabled people, etc. to call their abusers to account, and to be able to get away from them to safer members of the community.

We demand the ability to determine our own relationships. Many of us will still decide to keep and maintain relationships born from kinship ties, but it must be always our decision, not a fact of life, not a cross we must bear, not an infliction we must suffer, not a trap we must escape from. We demand, above all, robust communities of accountability and connection. We demand that relationships of care be proliferated throughout our communities, rather than automized into segments based on blood relations who do not always have our interests at heart.